Watching a good movie is already good, but watching a good film related to your profession is even better, enjoying your moment of leisure, while also being professionally inspired. After all, good inspirations and references are the basic elements to have creativity on a day to day basis. So, check out the following movie recommendations that every social media should watch:

Launched in 2009, the documentary Lemonade is inspiring and tells the story of several advertising professionals who became unemployed due to the crisis of 2008. Instead of losing hope, advertisers went in search of their dreams and created new businesses.

Lemonade – The Movie from Lorenzo Mendoza on Vimeo.

Thank You for Smoking is a comedy based on the work of Christopher Buckley, who satirizes the tobacco and cigarette industry. In a funny way, the movie addresses important issues such as manipulation, verification and promotion of information 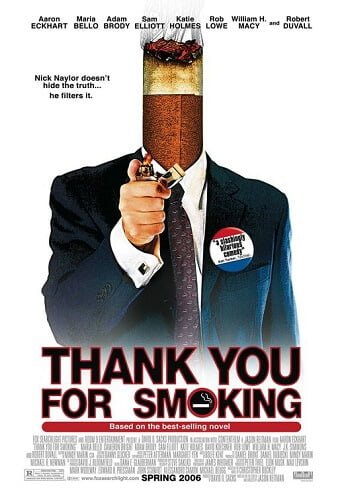 Branded is a Russian and American co-production surrounded by mysteries. Although not an easy movie to be watched, Branded is a dynamic movie with a peculiar theory about the emergence of marketing and its operation:

The documentary Audrie & Daisy has a more serious theme, such as sexual violence and bullying, and discuss how social networks, when misused, can negatively affect the lives of several people. The documentary is valid to reflect on the importance of thinking in social media as an environment to exchange experiences, knowledge, products and services, that is, a means that should only be used for actions that positively affect the people around us.

The movie The Social Network tells the story of Mark Zuckerberg and how it was the development process of Facebook. As a good drama, certainly, the story has some complications that affected the personal and professional life of Zuckerberg.

So, are you ready to marathon all of our recommendations?

You can find out more about which cookies we are using or switch them off in settings.

This website uses cookies so that we can provide you with the best user experience possible. Cookie information is stored in your browser and performs functions such as recognising you when you return to our website and helping our team to understand which sections of the website you find most interesting and useful.